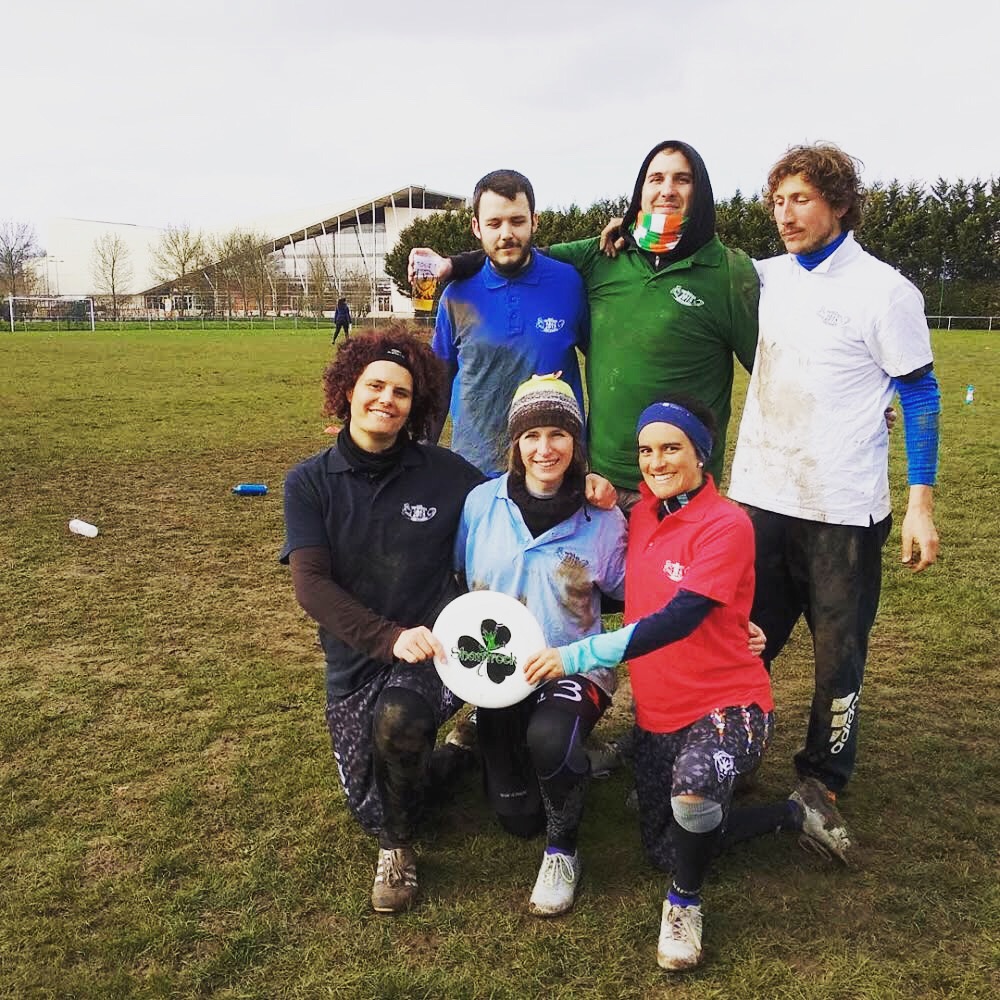 Last weekend we had the joy of attending the second edition of Symp’HATrick, a St. Patrick’s day HAT organized by Arnas Shamrock Ultimate Frisbee. They also organized Winter League the day after, in which many of the HAT’s players also participated. The pictures below are from that league and were made by John Kofi.

It was a wonderful weekend of Ultimate in perfect Irish conditions: an exciting balance of grass, mud, grey skies and the threat of rain.

In honor of the occasion, the tournament was heavily themed in keeping with the 6 nations tournament. That’s a rugby tournament, for the many of us who forget that from time to time, or never knew that to begin with. Short of exchanging the disc for a ball, Shamrock Ultimate did all they could to infuse rugby into the proceedings. Their commitment to theme added a lot of levity to the day.

There were 6 teams, each named after one of the nations that participate in the 6 nations tournament: England, France, Ireland, Italy, Scotland and Wales. Wins earned teams four points, losses earned you zero points, and ties (which were possible) earned teams two points. The tweaking did not end there since winning teams that had scored 12 or more points earned an additional point as an offensive bonus while loosing teams that lost by 2 points of less also earned an extra point but as a defensive bonus. And points, as always, mean prizes. 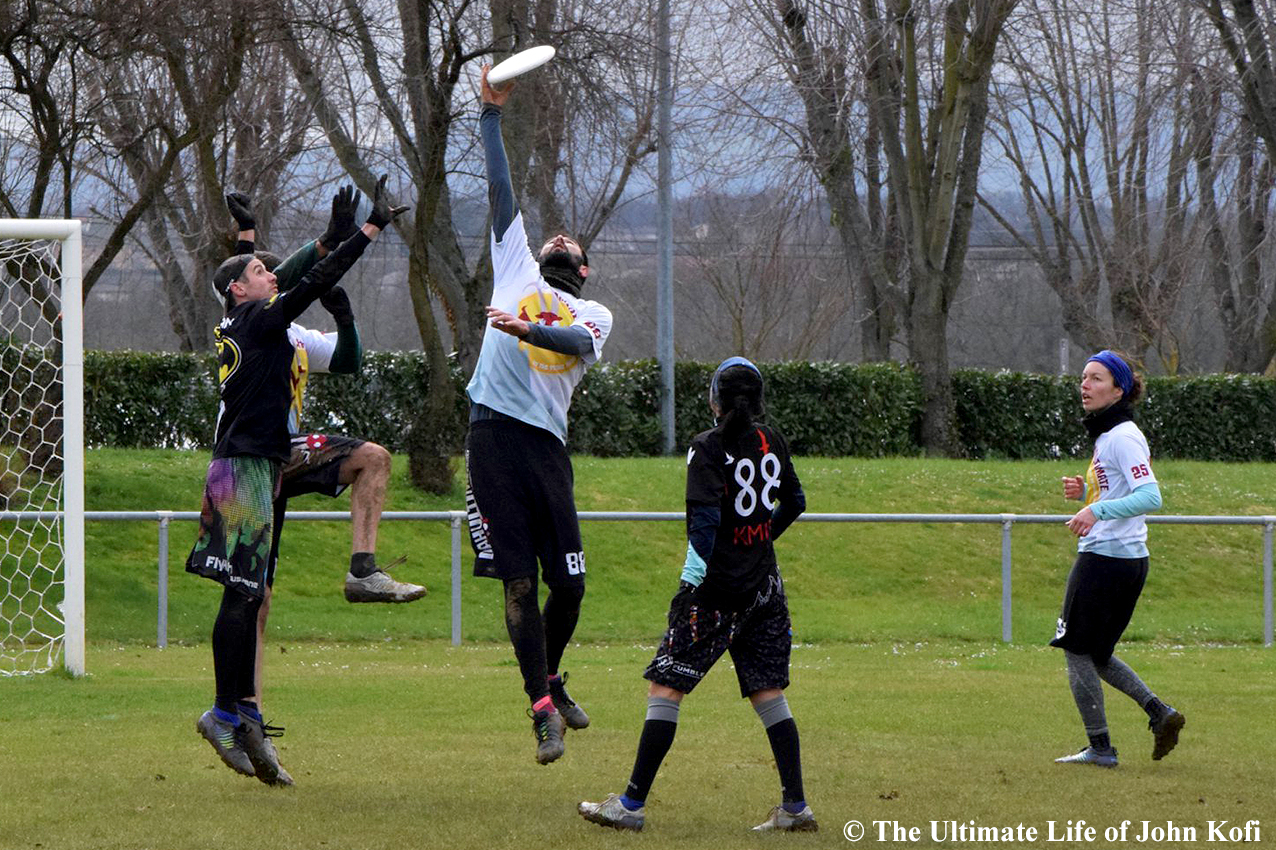 Had to share this gathering of TOKAY’s on the field!
Photo Credit: The Ultimate Life of John Kofi

To add rugby to the game itself, there was even a 2 minute period per game of touch frisbee. You could run with the disc, you had to ground tap discs in the endzone to validate a score, and a turn-over resulted if and when an opponent touched you with two hands while you had possession of the disc. It was anarchy. Players forgot to ground tap the disc for scores resulting in rather brutal touch turnovers, desperation throws were very common and all structured play was thrown out the window. 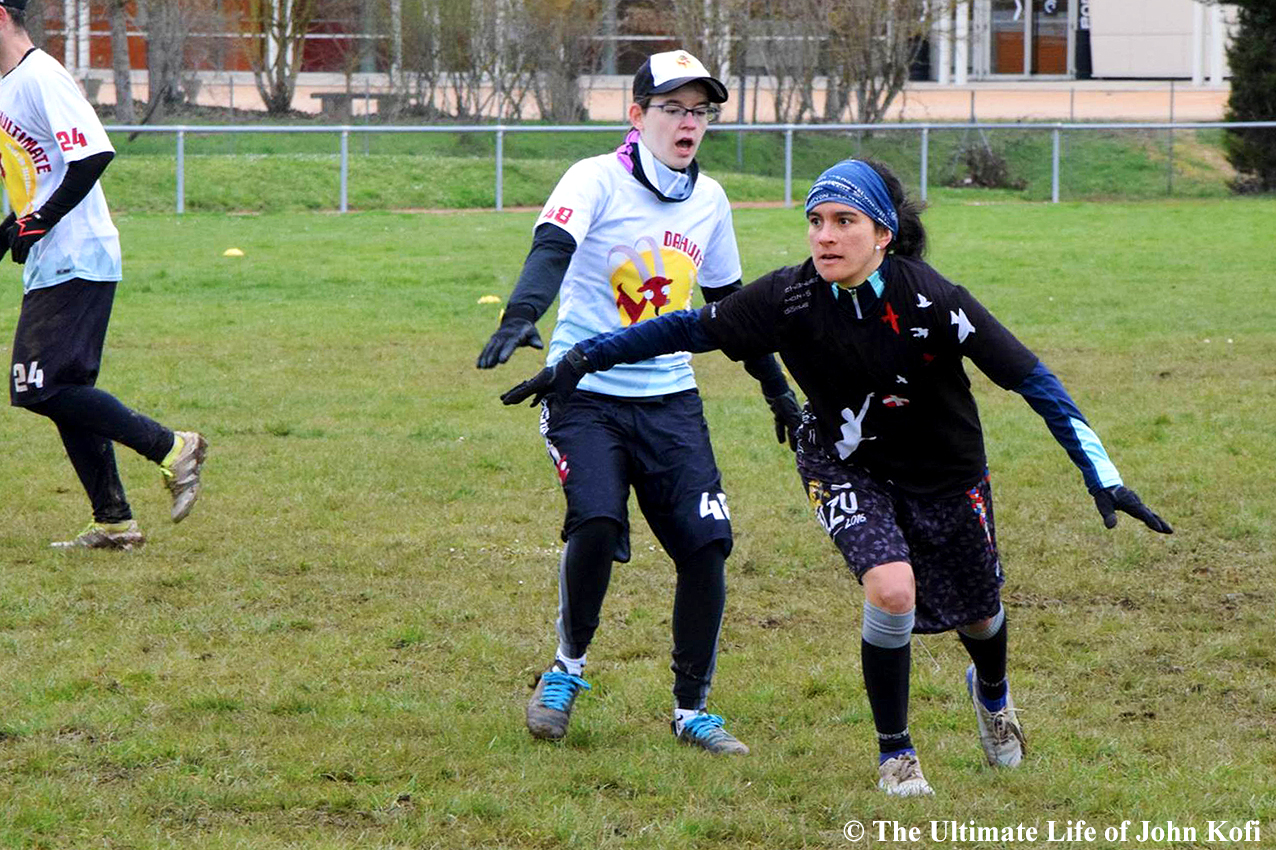 Camila effected another first for us: the first pair of TOKAY cleats in the lost and found!
Photo Credit: The Ultimate Life of John Kofi

In addition to crowning the winners (England) and spirit winners (Wales), the tournament also awarded a Golden Leprechaun and Wooden Spoon for the respectively the best and worst action of the weekend. Joss from team Italy won the Golden Leprechaun for a huge layout grab on an upline pass. Théo from team England won the Wooden Spoon: perfectly placed and open in the endzone while playing against a zone defense, he failed to catch the goal scoring pass from his teammate due to slipping in the mud. Despite crawling desperately towards the disc afterwards, he fell short of the disc and earned himself a Spoon instead.

It served as a nice reminder for us to own and learn from both our successes and failures. And having an extra wooden spoon around the house can always come in handy.

Between games we had the joy of welcoming many players into the shelter of our testing tent to try on some TOKAY’s. The feedback we received, just at this tournament, was incredible.

“I could play all 8 games of the weekend comfortably and without getting my feet wet.” 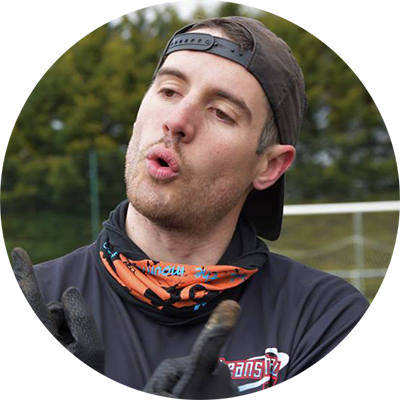 “After a day, my first feeling is very positive. My feet remained dry despite the high humidity, the grip was good and the comfort excellent.

I didn’t feel the usual foot pain that has me limping at the party and the day after. Now I hope I can rely on durability and quality.”

“The grip of the shoes was nice but the best remains the comfort, the warmth and keeping my feet dry despite the Irish weather!”

We had a great weekend running back and forth between playing in the HAT itself and manning the booth. Thank you to all the players in attendance, everyone who dropped by for a chat, and all of you already wearing TOKAY cleats! It was very exciting to see so many TOKAY’s sprinting and jumping about in Arnas. 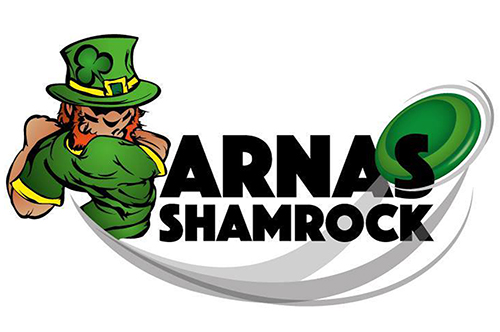 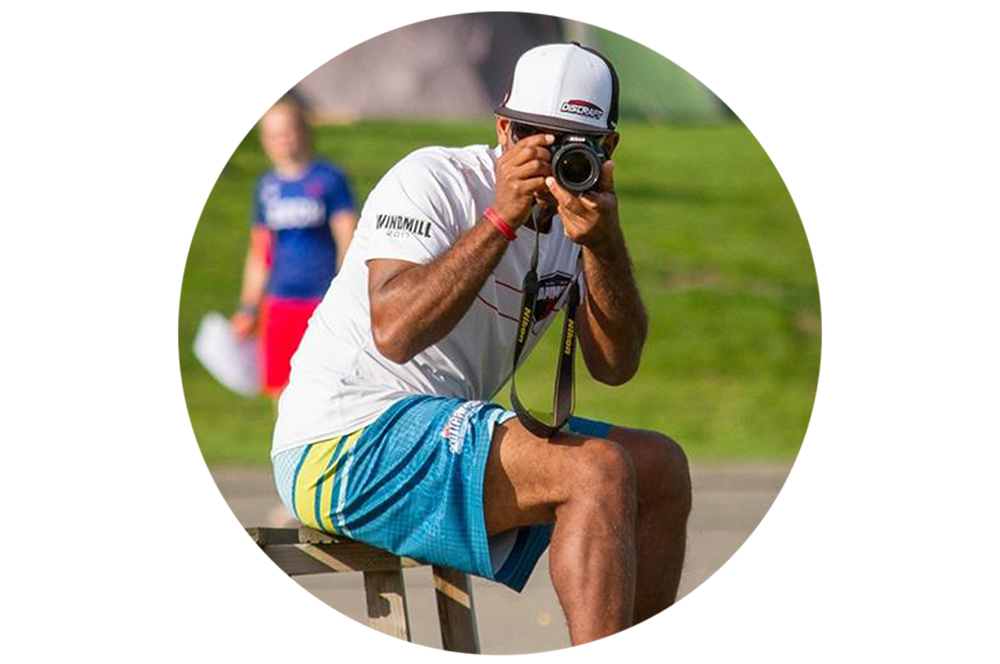 The Ultimate Life
of John Kofi 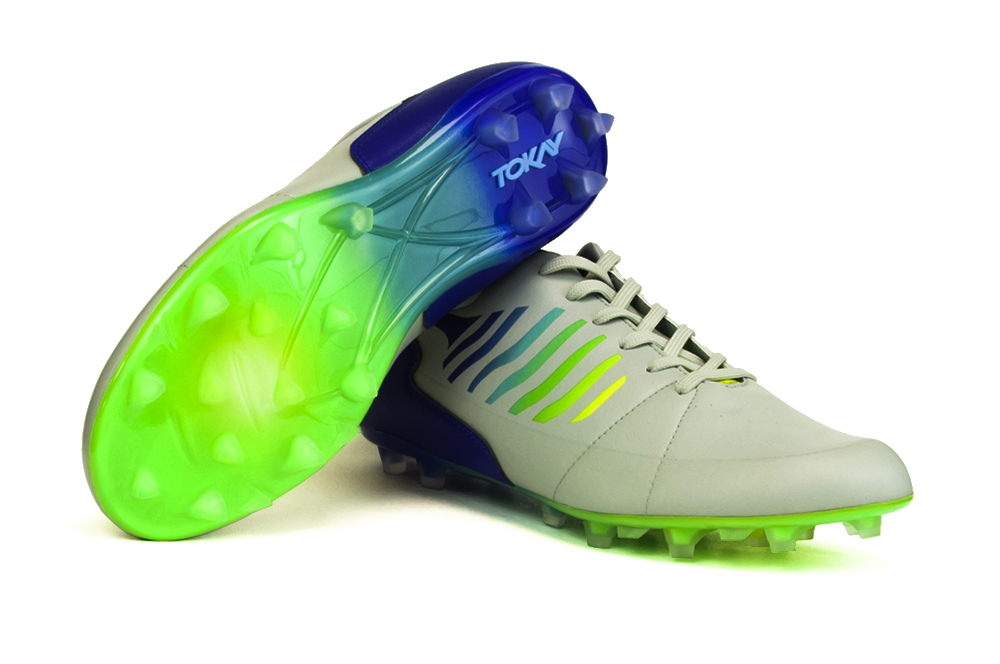