WUCC ended last weekend with a spectacular show of thunderbolts and lightening. But despite the official closing ceremony, we’re not quite done enjoying the event. In the run up to World’s we shared the stories of quite a few awesome teams headed to Ohio this summer. We wanted to take this opportunity to share with you some of their impressive accomplishments.

So, in no particular order (actually, alphabetical order), the awesome teams whose stories we shared:

After a solid performance in the group stages, Colorado had the misfortune of meeting Amp (defeater of all the German mixed teams) relatively early on in the bracket. A series of universe point losses saw them finish with an incredibly respectable joint 15th place, as their final game (like those of so many other teams) was cancelled due to weather delays. 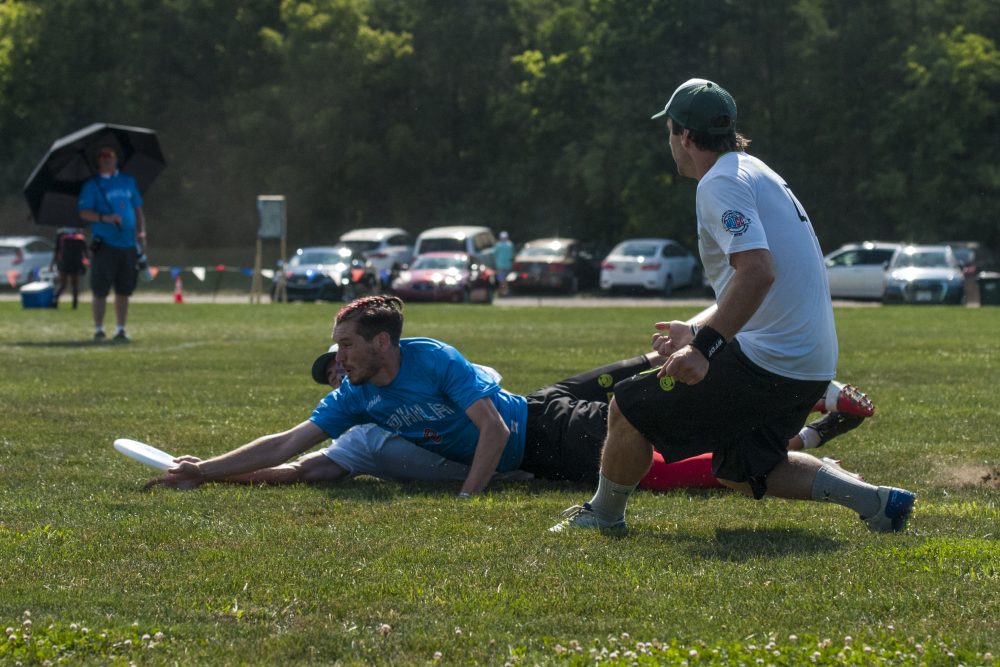 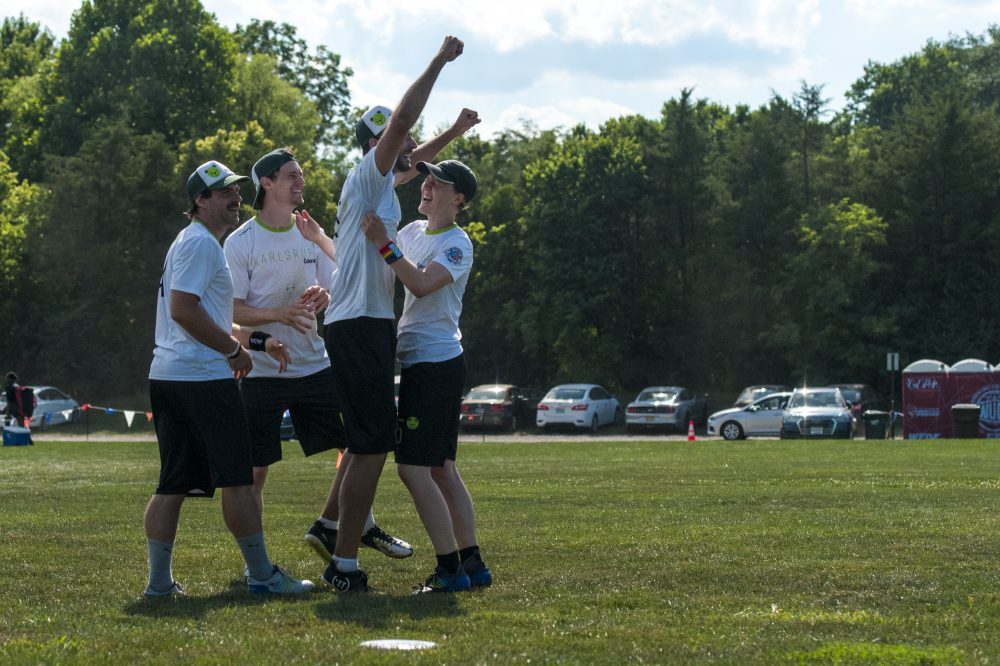 Colorado with an impressive catch and celebration against Amp

The Flying Rabbits, already “quite famous” around Europe for their spirit, are now world famous after comfortably winning the SOTG award in the mixed division and closing out the final award ceremony with an acapela rendition of their “Rabbit Call” song.

The Flying Rabbits originally founded their team with the goal of winning the 2018 World Championships, and if you add Spirit to that phrase, they totally accomplished their goal! 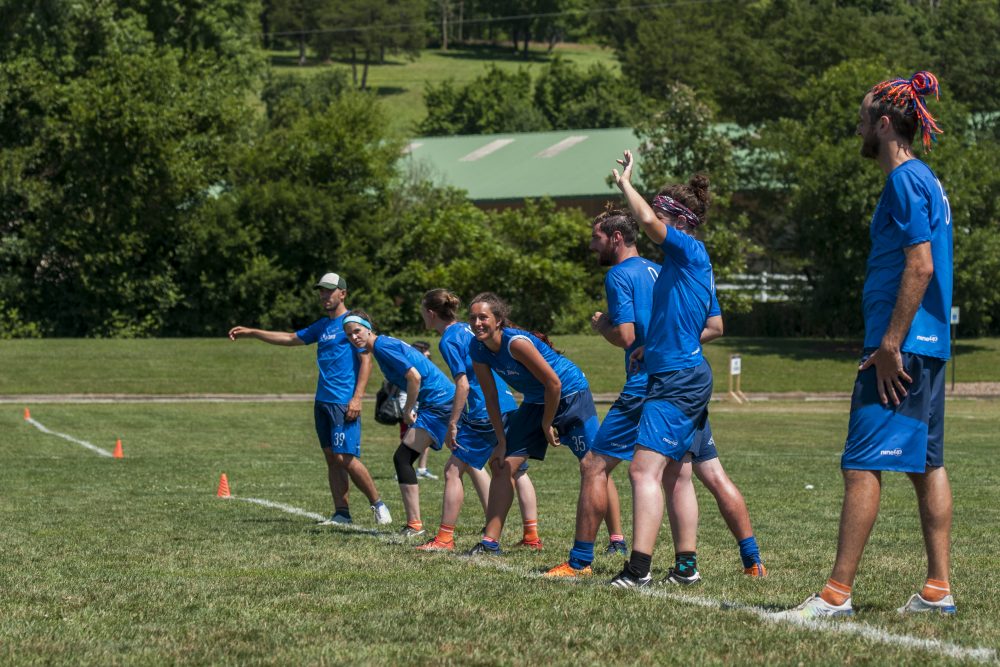 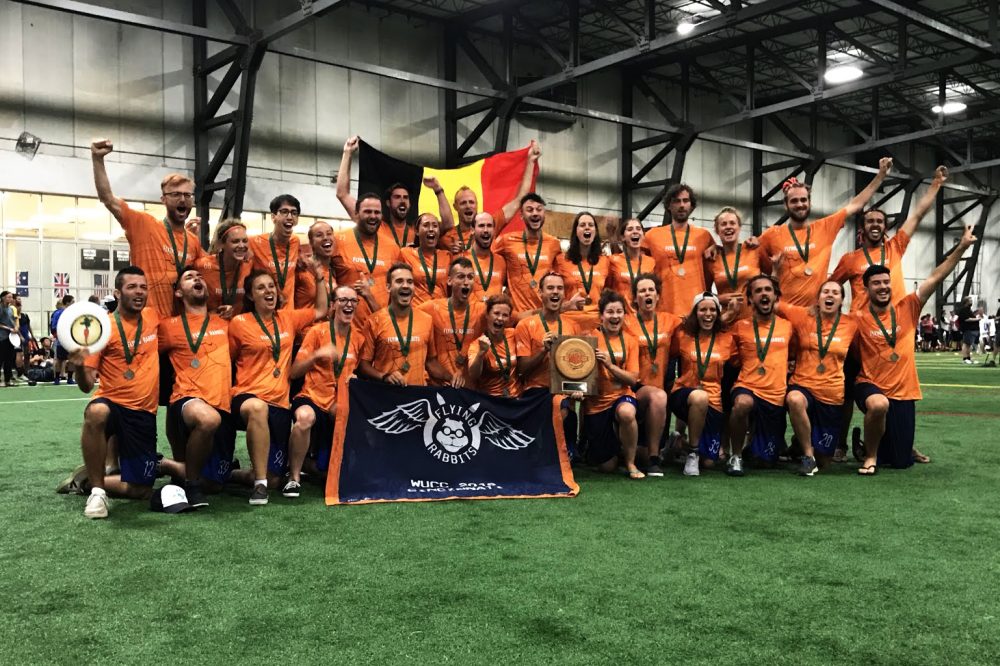 With a brutal pool, the Gentleladies might not have gotten the ranking that they wanted, but they absolutely gained a wealth of experience playing against mostly non-European opponents while getting increasingly sunburnt under the hot Ohio skies. They beat their seed with a 31st place finish, and will surely be beating a lot of their European rivals once the jetlag wears off. 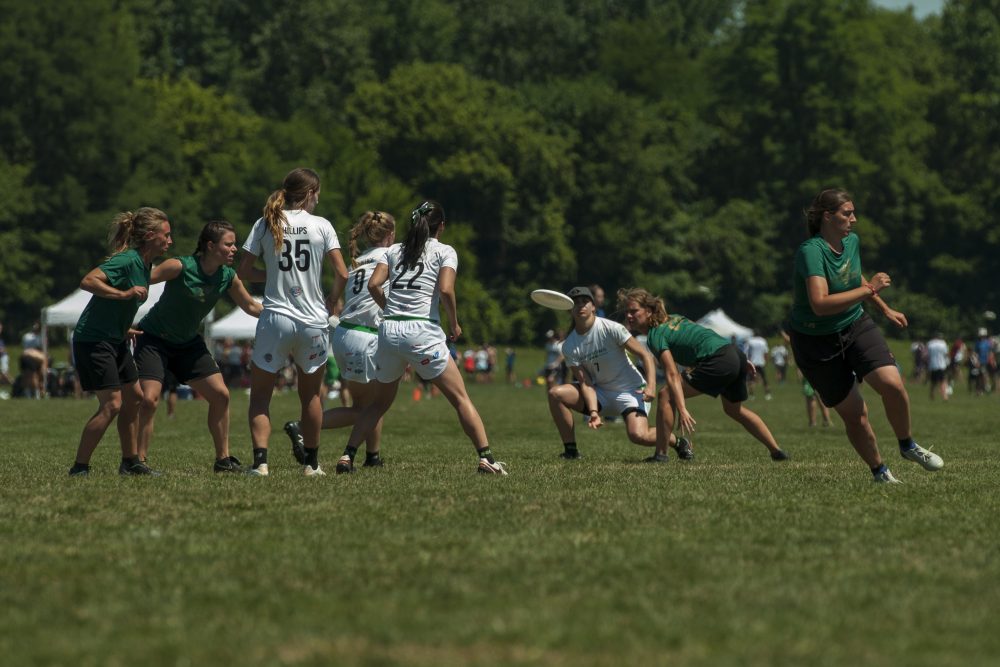 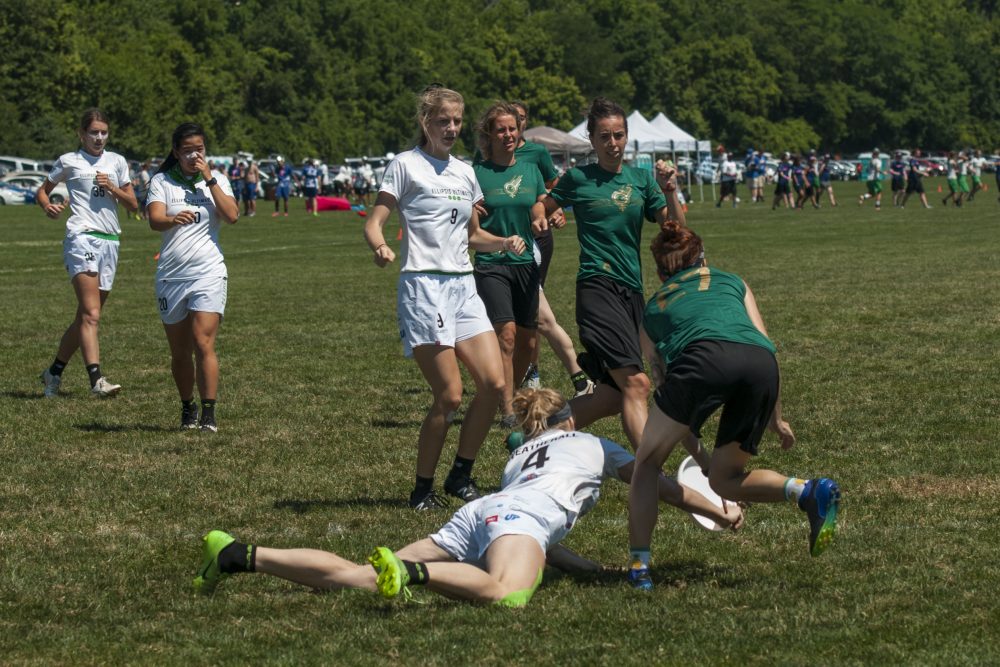 Gentleladies in a marathon final point against Ellipsis

This lovely bunch of Frekels had an absolutely outstanding tournament. Aiming to play their best ultimate in every game, Hässliche Erdferkel remained undefeated until their quarterfinal loss to Amp. They absolutely stayed positive as a team and showed the world their great “ugly” spirit with an overall 11.11 SOTG score. Having watched the end of their universe point pre-quater against Café de Luida, I am more impressed than ever by their spirit. Unfortunately their longed for game against GRUT never happened since it was cancelled due to weather delays, so the two long time rivals share a 7th place finish for evermore. Until they meet again…

While the Mainzelmächen were unable to come away with all of the wins they wanted, they ended 4th in the SOTG rankings as the most spirited European women’s team. How krassgeil is that?! Their tournament came to an unfortunate and abrupt end due to Friday’s lightning storm while down 6-8 to fellow Germans the Seagulls. But while they lost German nationals in Ohio, we bet that the Mainzelmächen are more pumped than ever to accomplish their season goal of defending their German championship title in Germany.

Proving that OTSO were truly the best OTSO that they had ever been, our Finnish bear pack improved their 34th place in Lecco with a 27th place finish in Cincinnati. 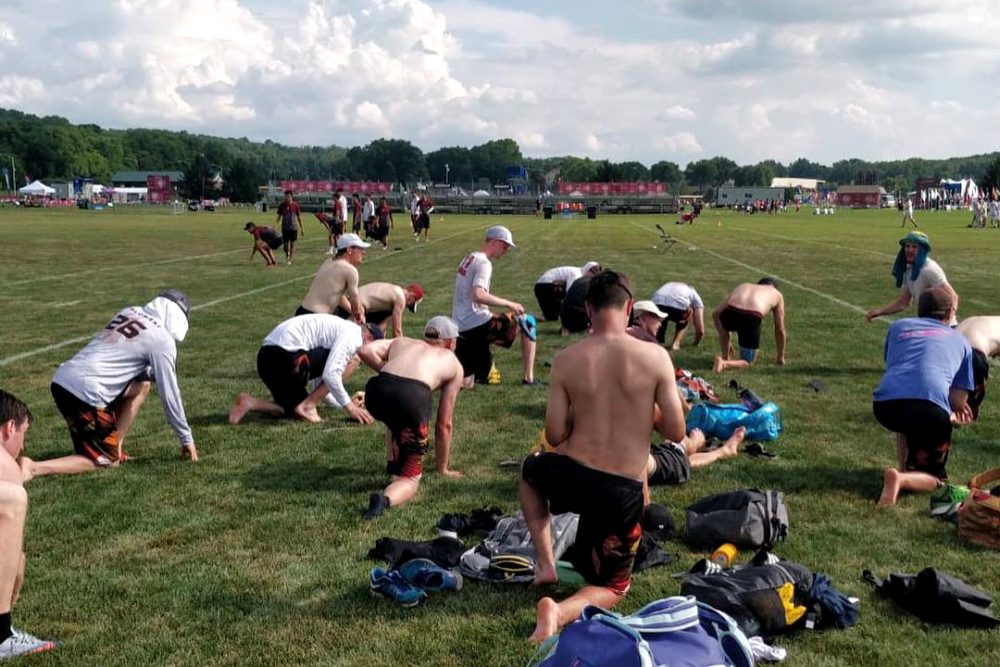 Unfortunately due to playing the tournament, I was unable to snap a picture of Otso at WUCC, so we’re borrowing one of theirs 🙂 Photo Credits: OTSO

Although their dreams of being approached by a record producer inspired by their warm-up playlist did not come to fruition, Sesquidistus had an incredible WUCC despite this one failure. With a joint 23rd place finish their top 24 goal was accomplished, and with a 5th place finish in the SOTG rankings (with an average spirit score of 11.8) so was their ambition to play the best ultimate they could while maintaining outstanding spirit. 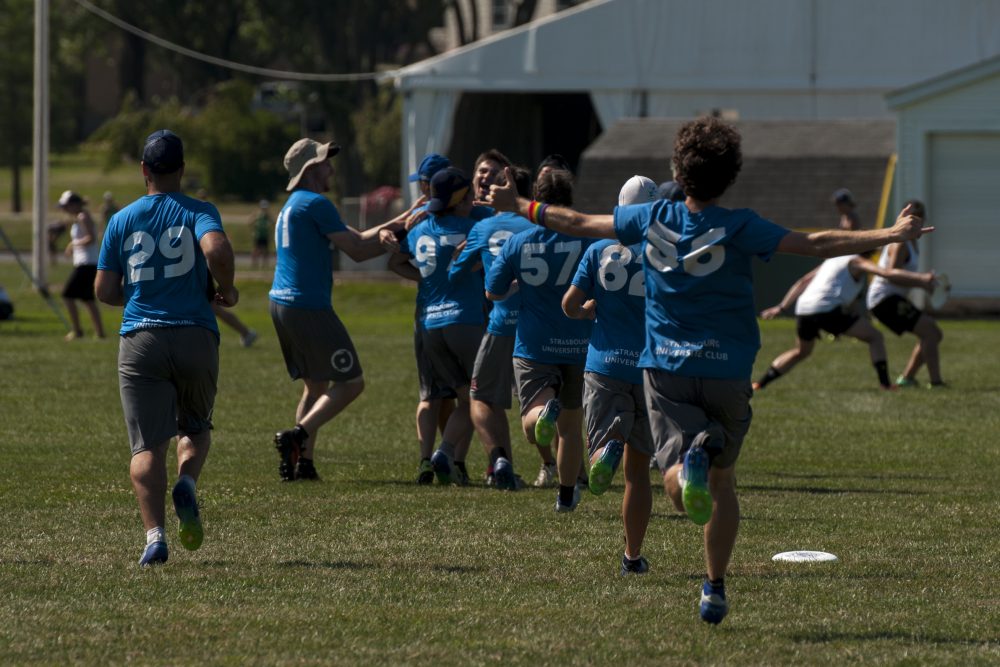 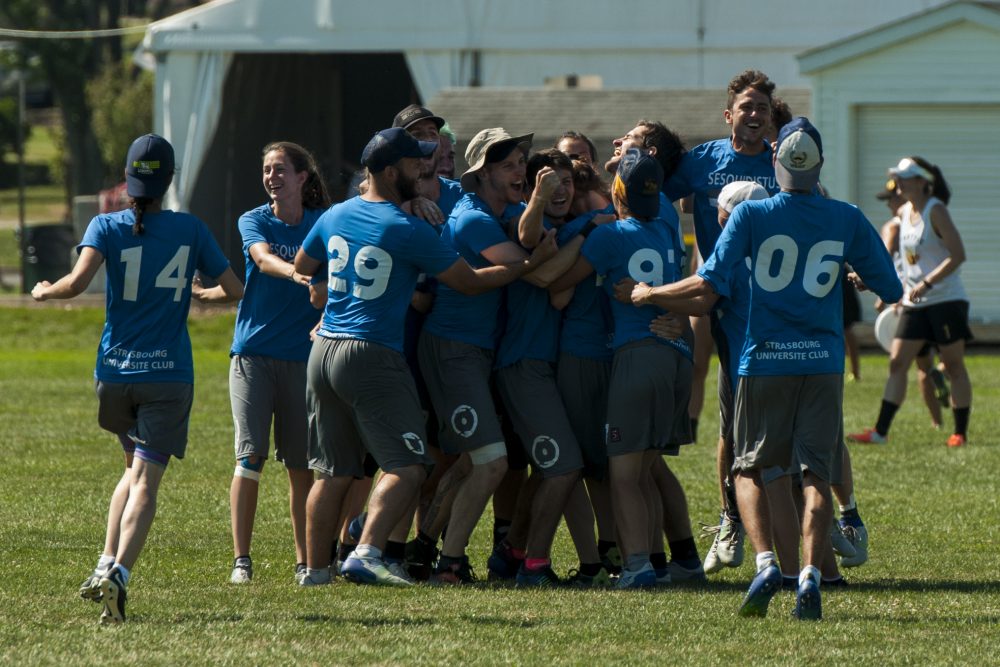 Sesquidistus celebrating their win over Freakshow

After lulling the world into a false sense of unease with a checkered Windmill performance, Tchac had an incredible WUCC. They promised us the defensive Gull cheer, and they delivered. Not only was their cheering game on point, but they accomplished their goals of a top 12 finish overall and top 2 of Europe with a joint 7th place finish together with Bad Skid. 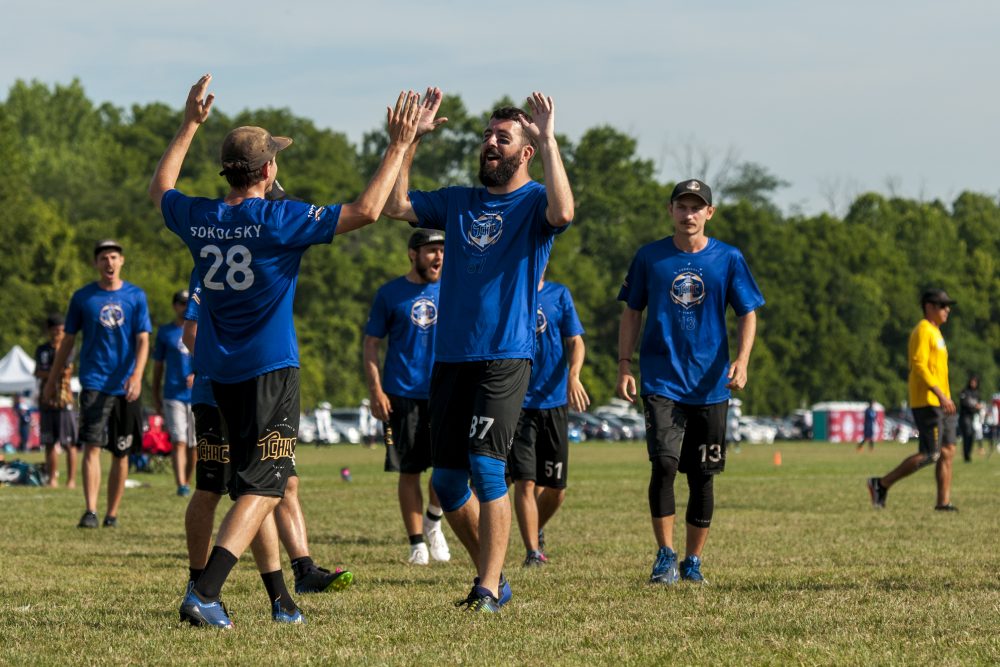 Tchac in their quarterfinal game against eventual champions Revolver

The Wizards set out to play World’s game by game without a ranking goal, while semi-jokingly aiming to end above their fellow Swiss mixed team, the Panthers from Bern. The Wizards had a tough Worlds. However, they did win the Swiss Championships in Ohio in what was arguably their best performance of the week. If only all of their opponents were national rivals, they might seriously have won this thing.

Highlights of the week centered on their loyal friend and supporter Penelope (pictured on the left in white) and her blossoming romance with Nigel (in the red panda red on the right). For more details check out her page: Penelope in Cincinnati. 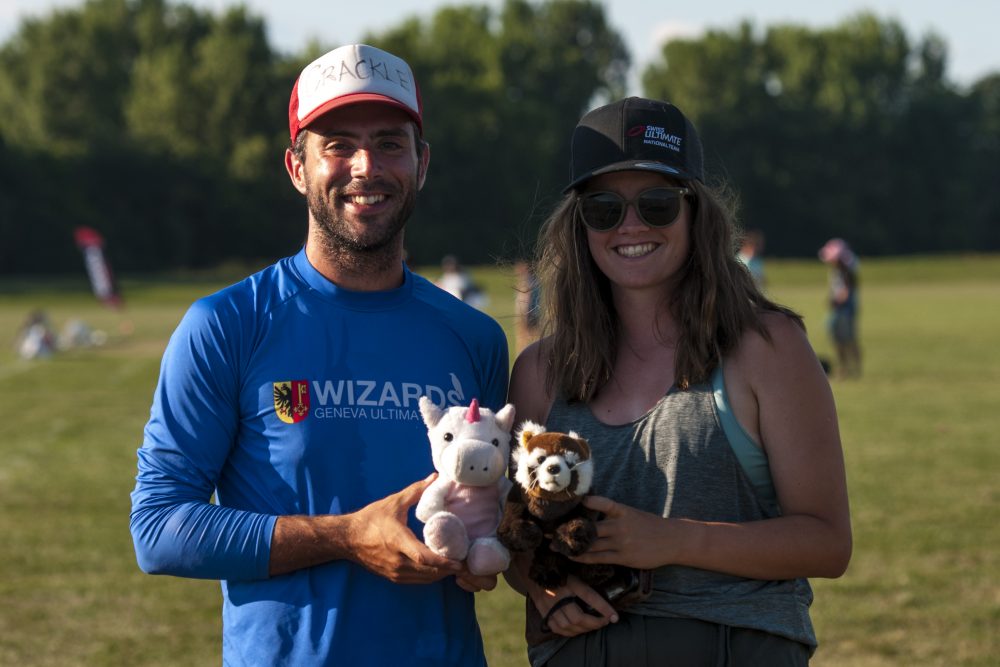 YAKA were disappointed not to make the top 16 last week, but they proved themselves worthy with convincing wins leading to their joint 17th place finish. Wins that included a rematch of their 13-14 loss against Canada’s Fusion into a 15-9 win. 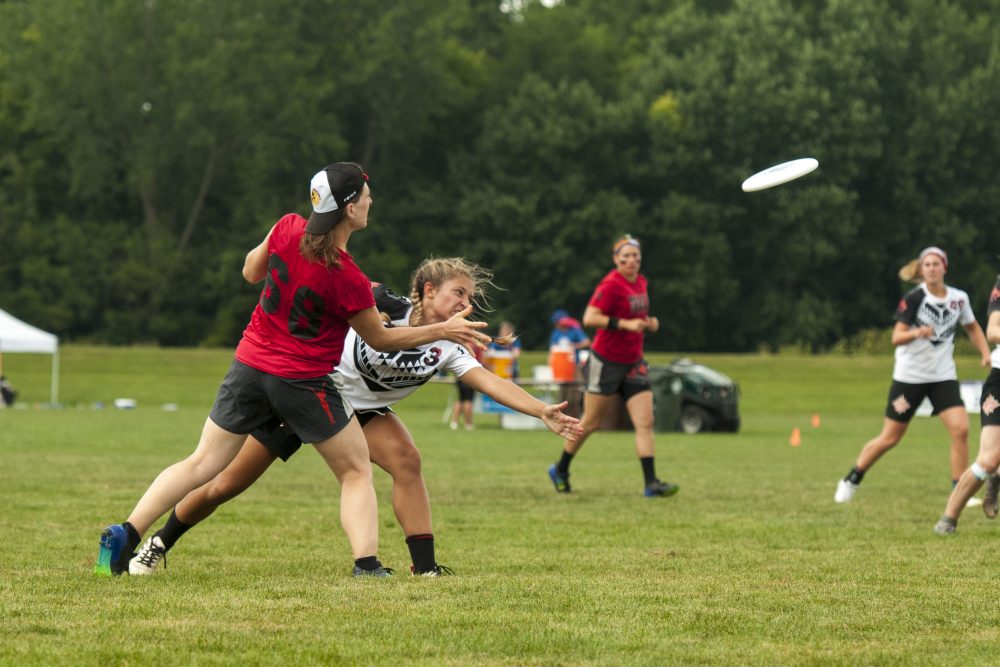 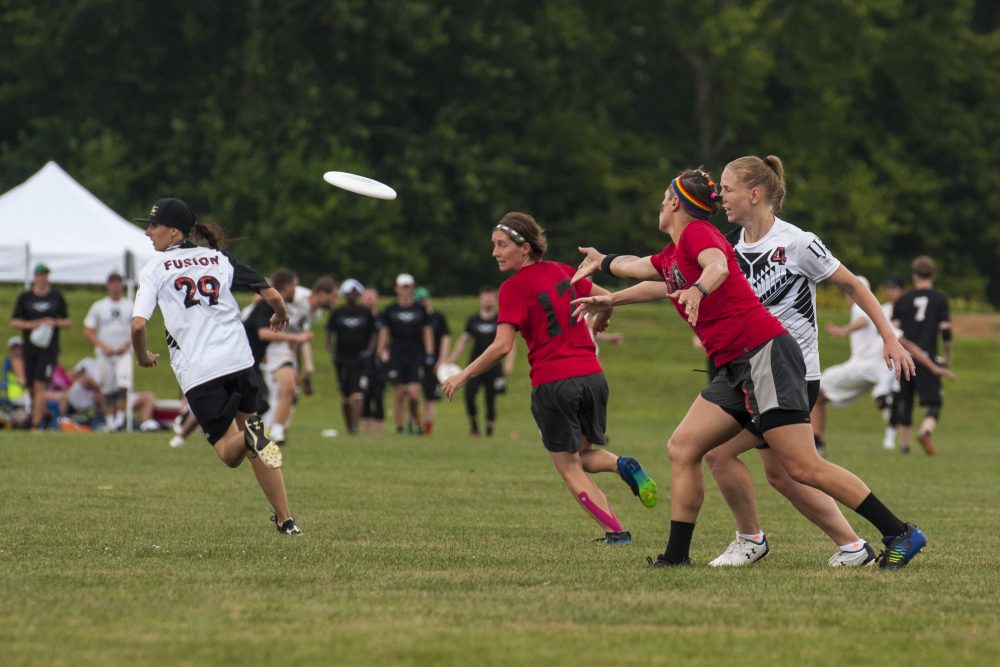 YAKA in their initial game against Fusion

ZUF had an absolute barnstormer of a week ending in a joint 19th place finish, re-winning Swiss nationals to boot. They aimed to play cohesively and by all reports that is exactly what they did. They beat eventual joint 9th place team Ellipsis from Australia whose coaching staff complimented ZUF on their excellent play while ruefully noting that ZUF did seem somewhat surprised by how well they were playing. The heights to which unambitious dinos can climb! 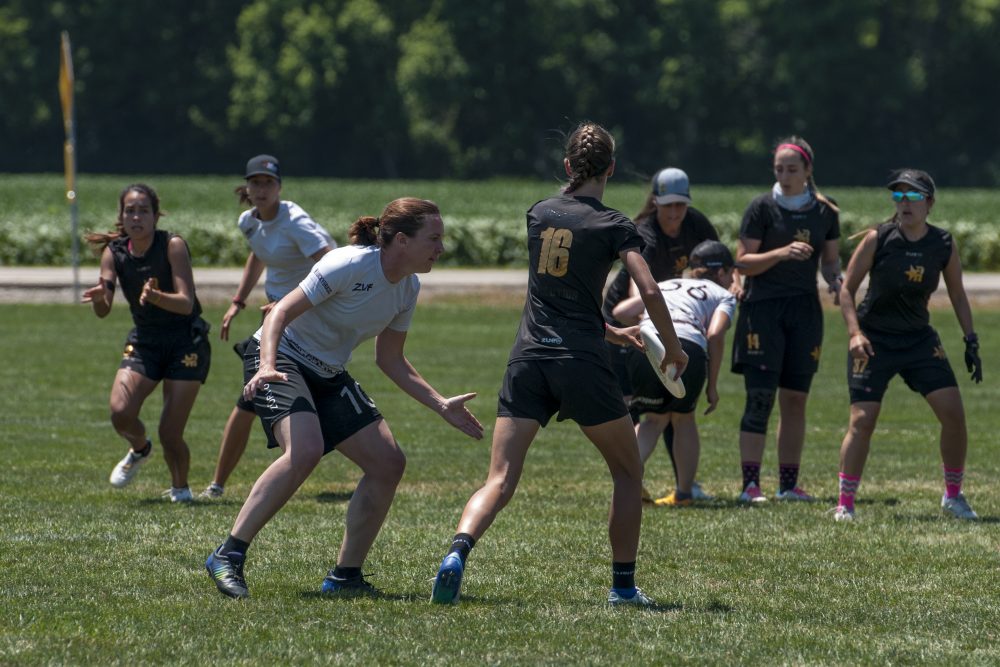 ZUF in their power pool game vs. Revolution

We want to thank these teams again for sharing their time and their journey with us. Best of luck in your post-WUCC seasons and for many more years to come!